Ethyl alcohol is an intoxicating substance that is the active ingredient in all types of alcoholic drinks – beer, wine, liquor, etc. It is responsible for changing our emotional and psychological state.

Ethyl Alcohol works in the body as a central nervous system depressant. It is not harmful in moderation, which, according to the National Institute on Alcohol Abuse and Alcoholism (NIAAA), counts as one unit of alcohol per day for women and 2 units for men. A unit of alcohol is 12 ounces of beer, 5 ounces of wine, or 1.5 ounces of liquor.1

While it is not harmful in moderation, alcohol consumed in excess has lasting damaging consequences on both the mind and body. Drinking to excess, known as binge drinking, happens when a person consumes 4-5 units of alcohol in 2 hours.

According to SAMHSA, heavy drinking is defined as 5+ drinks on 5 or more days over the previous 30 days.2

Noticing the signs of alcohol abuse is not difficult, but it becomes more complicated when the signs correlate with other issues. If you suspect that a loved one is abusing alcohol, look out for the following3:

What is Alcohol Addiction?

Excessive alcohol consumption, which can also be called alcohol abuse, is a dangerous and self-destructive behavior.

The National Survey on Drug Use and Health (NSDUH) tells us that in 2018, 14.4 million American adults had an Alcohol Use Disorder (AUD), while only 7.9% of those suffering received treatment for their condition.5

Adolescents, aged 12 – 17, also face alcohol related issues in the US. The NSDUH reports that approximately 400,000 adolescents in the US suffer from an AUD.6

Addiction to alcohol follows alcohol dependence. Dependence occurs when a person has been misusing alcohol so regularly that the body has built up a tolerance and more alcohol is needed on a more frequent basis to achieve its desired effects. Dependence is characterized by the inability to feel normal and function properly throughout the day without the use of alcohol. 7

Dependence quickly becomes addiction, which is characterized by an inability to stop using alcohol despite its obvious health risks and other alcohol-related problems.8

AUD occurs when a person loses control over their relationship with alcohol and experiences withdrawal symptoms when they attempt to stop drinking or do not have access to alcohol for an extended period.

Signs of AUD and associated withdrawal symptoms include9:

Withdrawal symptoms can be extremely difficult to deal with, and at times they can be so overwhelming that a person turns to alcohol to ameliorate the symptoms. This merely provides very temporary relief and serves to worsen one’s condition in the long term.

Causes of Alcohol Use Disorder

On a neurological level, AUD occurs when the brain’s reward system has become accustomed to the influence of alcohol and the dopamine release that occurs in anticipation of, and following, alcohol use. Dopamine is a neurotransmitter, one of four main brain chemicals responsible for feelings, emotions, and behavior. Serotonin, Oxytocin, and Endorphins also play an important role in brain function and general health.

When we use alcohol out of dependence, it is because the consumption of alcohol has satisfied a need – a prerequisite for being able to function properly and engage in life. Scientific research tells us that the brain is neuroplastic11, meaning it can adapt and rewire over time. When we frequently rely on alcohol, neural pathways in the brain get used to alcohol in our system. When we don’t drink, the brain believes that it is in deficit and drives our behavior towards alcohol consumption so that we can feel normal again.

Prior risk factors that contribute to the development of an AUD include12:

Alcohol abuse takes a significant toll on the body. The following are just some of the ways alcohol impacts our physical health.

Alcohol and the Brain

Alcohol also causes the brain to become inflamed, which has a negative impact on brain development. This is especially true for adolescents, whose brains have not yet finished developing.

Alcohol’s impact on the brain results in13:

Alcohol and the Heart

Abuse of alcohol leads to an enlarged heart, which reduces its efficiency and ability to pump blood. This leads to a significant increase in blood pressure and causes irregular rhythms.

Alcohol and the Liver

The risk of liver disease is increased with even moderate alcohol consumption. Used in excess, alcohol can lead to hepatitis, cirrhosis, and cancer.

Alcohol and the Pancreas

Alcohol abuse is known to lead to inflammation of the pancreas, pancreatitis, and pancreatic cancer.

Alcohol and the Lungs

At Heather R. Hayes & Associates, we specialize in Trauma-Informed Responsive Intervention™, treatment, and recovery options for those afflicted by addiction. We believe that recovery is entirely possible and is most likely to be successful when supported by a team of caring and compassionate professionals. We aim to help all of our clients and their families by offering the necessary support and guidance needed to overcome addiction to alcohol. This includes:

If you or a loved has been affected by alcohol, please reach out to us today. The sooner help is sought, the more effective it will be.

You are not alone

We will work together with you to develop a plan of healing for you and your entire family system.

We are here to help 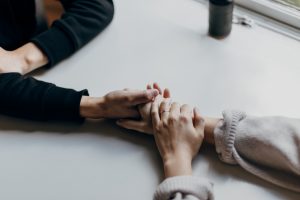 The Role of Family in Addiction and Mental Health Treatment

Seeing your child or loved one enter addiction or mental health treatment can be harrowing. Not only have you had to watch your child suffer 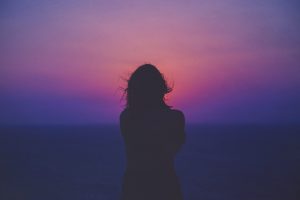 The Longer the Better?

“It does not matter how slowly you go as long as you do not stop.” ~ Confucius Substance use is at an all-time global high. 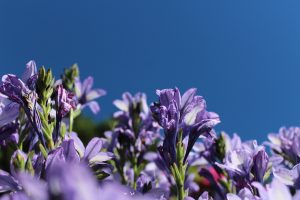 The Healing Power of Forgiveness

We ask for forgiveness. And we forgive others who ask us. In that way we can experience healing, healing in our souls. ~ Ed Dobsons

“COVID-19 has given the Black community permission to seek therapy as the world tries to process this pandemic. There’s a decrease in the stigma and 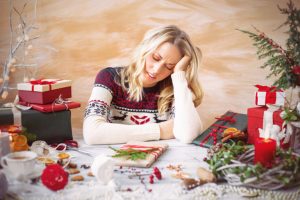 For those who struggle with addiction, the ‘most wonderful time of year’ often isn’t. Whether it’s the temptation of parties, family stress, financial stress or

How Does A Teen Drug Intervention Work

When a loved one becomes addicted to drugs, the shock, sadness and worry hit you right in the gut. But when you realize your teen

At your side whenever you need us.

Don’t hesitate to reach out to one of our team here at Heather R Hayes & Associates. We are just one phone call away.

Heather Hayes & Associates is your trusted ally for navigating the complex world of treatment and recovery options for substance abuse, mental health issues, and process addictions.

Heather R. Hayes & Associates, Inc, offers experienced, trained professionals with clinical oversight, providing discreet and compassionate services in any situation.
Heather R. Hayes & Associates, Inc. is committed to providing the highest level of care without compromise, and we are not employed by, nor do we receive any form of payment or compensation from, the providers with whom we consult for placement or referrals.